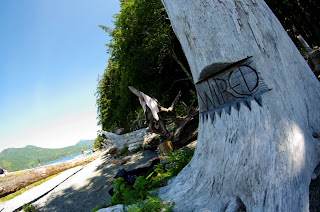 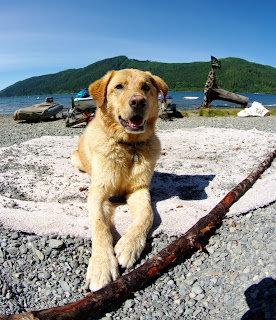 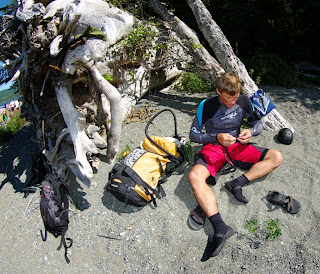 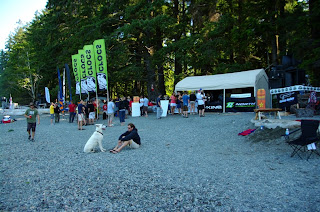 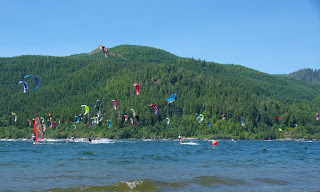 Whew! Talk about an action-packed set of days off! Nitinat Lake is a beautiful, beautiful place, and apparently we lucked out bigtime with the weather, too... it was six days of sun and fun! Todd had a blast in the amazing winds (including a couple of minor kite adventures, of course - it wouldn't be a kiting holiday without those!) and I stayed onshore, taking pix, meeting people, and launching and landing kites. It was fantastic! There was music and a beach bonfire every night, and the fire-dancers provided stellar entertainment. Sheldon and Renee DeCosse came out from Cranbrook (http://www.decossecustoms.com/), the gang in the bus from Edmonton was there (Randy, Randy, Cedar, Dominic, Chris), plus we made several new friends and had an all-around good time. We were even able to catch up with our buddy Murf who now lives in Victoria.

Anyway, presently we're waiting for the plane to take us back to reality... **SIGH** However, I still have another week off before heading back to work, so it's really not that bad!! 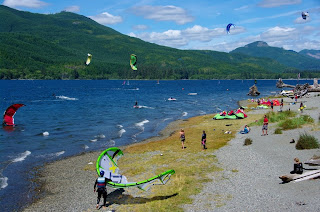 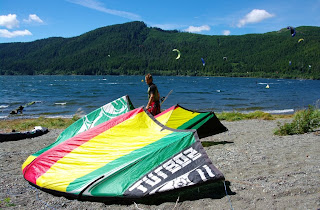 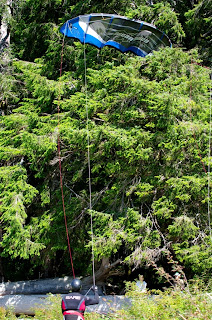 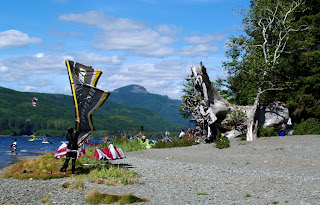 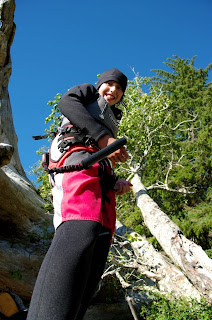 After a most FANTASTIC Tom Petty concert in Edmonton Tuesday night, Todd and I pretty much drove to Red Deer, picked up our luggage, and headed to Calgary Airport to catch our flight to Victoria. We arrived out at Nitinat Lake around 1:00pm yesterday, to a clear blue sky and 25km/hr winds. I had prepared myself for some gnarly roads to get us here - all reports we read warned of hideous travel for the last 50km - however, aside from a few potholes and a minor lack of signage, it was quite alright. Todd was able to kite for a good five hours, and I puttered around with my camera, taking pix and meeting some awesome people. The launch site is rocky, narrow and sketchy; note the massive roots on the beach and the proximity of the large trees! Already I watched a fellow and his kite get yanked right into one of the hungry pines, and then another newbie crashed his rig repeatedly into the crowd and took out someone flying near shore. It is extremely congested with competent riders and not so competent riders... so I don't know if I'll give it a go, or not. After my Costa Rica beach drag (ask me about it sometime, if you don't already know), my hands sweat just thinking about it!! I'm quite happy visiting and snapping photos to tell you the truth. There is no cell service out here, but they do have an internet cafe. We're only here for six days but I'll post when I can.
Cheers.
Posted by Cheryle at 11:11 AM No comments:
Labels: Nitinaht Lake 2008

Music and much more...

Oh, what a week it's going to be! We scored tickets to the Tom Petty concert in Edmonton this upcoming Tuesday night... Tom Petty... he's a classic! Then on Wednesday morning, we fly to Vancouver Island to attend Windfest 2008 at Nitinat Lake. Apparently it is a world-class destination for kitesurfing, and the event attracts competitors from places as far away as Europe and Australia. Sometimes I think we're only going because Todd likes to say 'Nitinat' really fast... and he also fits it into that nursery rhyme about 'paddywacks' and 'giving a dog a bone' and 'old men rolling home'... At any rate, it should be a good time. We are meeting up with some friends from Cranbrook who are big-time kiters and have a company that builds custom boards and such - http://www.decossecustoms.com/. I look forward to hanging out with them!
Everything I've read promises that Nitinat will be the party of the summer. And perhaps I'll even get out for a lesson and get up riding myself! So stay tuned; if we get internet service way out there, I'll post throughout the trip.
Cheers!
Posted by Cheryle at 8:49 PM No comments:
Labels: Nitinaht Lake 2008
Newer Posts Older Posts Home
Subscribe to: Posts (Atom)