Mmmmm, the mountains! The cold spell over the holidays finally released its grip (temporarily anyhow!), and a beautiful weekend was Week One of 2018's treat for me out west.

In between the plumbing and electrical projects at my place in Canmore, I did spend some time having actual fun pedaling the fat tire bike around the trails and enjoying the loveliness of the winter landscape. There still isn't all that much snow, but I'm sure it'll show up at some point! 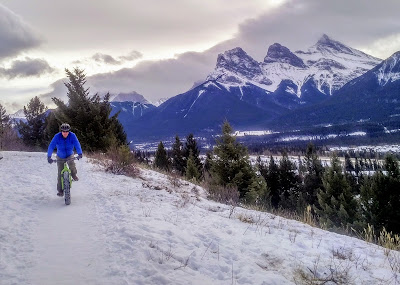 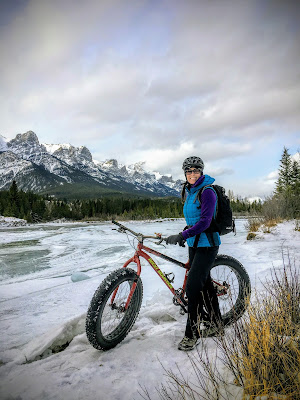 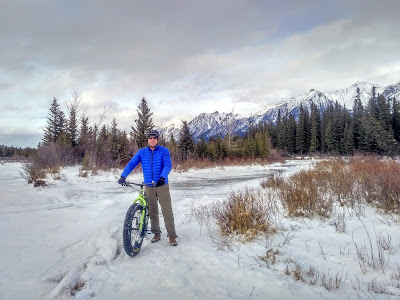 The condo 'upgrades' were minor but they give it a rejuvenated feel. A downside of making minor changes is that they can lead to more major changes.... and I have a list as long as my arm of things I'd like to change! Oy.

Anyway, it seems like forever since I've had to show up to work on a Monday, much less put in a full forty hours.... But, one down, three to go! Yeah!


Two thousand and eighteen is here people! I can hardly believe it, and along with that another 'holiday season' is over. The past few weeks were like being on a tilt-a-whirl - a really, really, REALLY cold tilt-a-whirl that is.... but it's been a lot of fun.

I headed to Medicine Hat to visit with the family and finally meet their newest addition - Jack. He's a 6-month old French bulldog, and he's super duper cute and a smarty pants to boot!

The first couple of days were the usual eating and drinking with the occasional card game thrown in. On the eve of Christmas Eve however, the shenanigans began. A visit to 18th Street from the jolly old fellow himself started off a night of serious merriment.﻿ 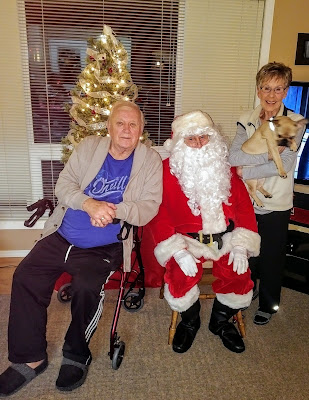 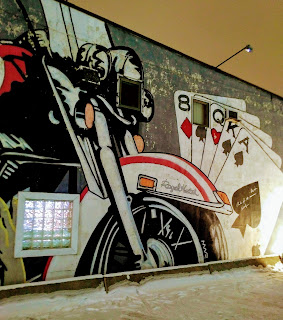 A group of about 20 of us invaded the timeless classic of a bar called the Royal Hotel, in downtown Medicine Hat. We arrived in a stretch limousine, and I'm certain the live band kicked it up a notch just for us, as we all drank and danced and hovered on the edge of causing trouble, right up until the lights came on. It didn't quite end there though, and reminiscent of my college days, I dragged a couple of diehards back to my parents' house with me and we continued the party.

The next day was a long one for a few over-indulgent friends who had to travel home. I on the other hand felt not too bad, and preparations for my Mom's Christmas dinner ensued.


Totally stuffed with turkey and all the yummy fixins, I rolled back to Red Deer late on Boxing Day. With the entire province dipped into a major deep freeze, aside from leaving the house to pick up necessities, the last five days have been spent hunkered down indoors. Brrrrr!!


It has been an incredibly relaxing, much needed break from the craziness of my job, although the insanity will resume shortly. I head across the continent for business once again mid-January, subsequent to which I expect to be working long, long days and likely several weekends. But I'm not complaining - I am happy to be employed and am grateful for the challenge and opportunity I've been presented with.

Next up - I'm looking forward to seeing Kristen.... Lindsay and Nichole spent Christmas with their Dad, but Kristen was in Vancouver for the holidays this year. Hopefully she'll be traveling east sometime soon! There is a tree and your presents waiting for you Kristen! 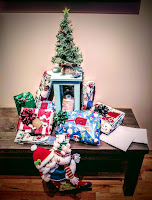 Happy New Year to everybody - may 2018 bring you love, laughter, health, and prosperity! Out with the old, in with the new!