It could be happening people.... summer just might be on its way, for real! And if not, well Mother Nature faked it pretty darn good yesterday. I spent the weekend in Canmore and had a fabulous day in the back country.... 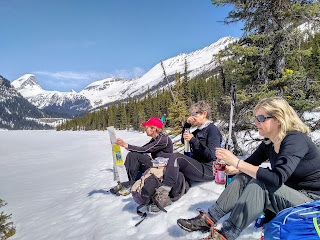 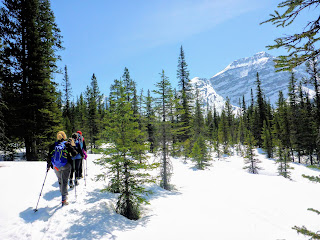 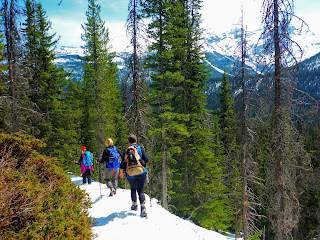 I've been to Sherbrooke Lake a couple of times, but not in the winter.... so this was like a completely new adventure for me. At the parking lot we debated wearing snowshoes, but we decided to chance the trail just with spikes. And in the end, aside from the odd post-hole when someone ended up thigh-deep in the snow (that would be ME!), leaving the cumbersome snowshoes behind was the right choice.
Our arrival at the lake was precisely lunchtime, and as we lounged in the glorious high-noon sunshine, we were treated to quite a show - avalanche after avalanche came ripping off the side of Mount Ogden. An hour or so drifted by, and with satisfied bellies and eyes, we packed up and descended back to the car. It was such a lovely way to spend the day! And in general it was fabulous as always to be outside, in the mountains. Doing so with some new friends made it that much better!
Cheers! 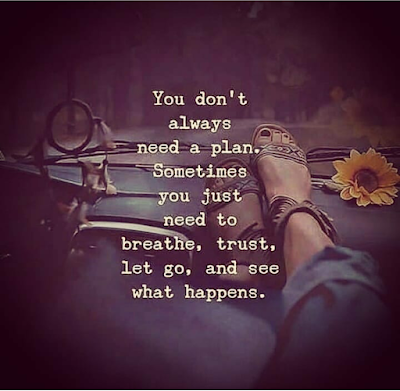 
Well I put my... ahem... acrylic-on-barnwood skills to the test recently, at a 'Rustic Sign' painting night.... 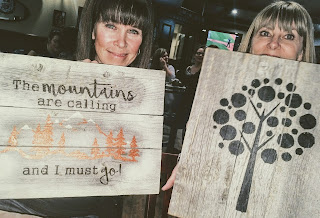 Clearly I'm not quitting my day job... LOL... but between the concrete garden ornaments from a few weeks ago and this weathered-looking picture, my patio will have some unique conversation pieces added to it this summer!

Posted by Cheryle at 7:34 PM 1 comment:
Labels: No Place In Particular


It was -19C this morning when I got up today.... on APRIL 2ND..... what the...???!! It is really starting to feel like the winter that never ends, as snow continues to linger in the forecast and daily temps aren't making it very far into the positives.... oy....

Anyway, regardless of the weather, the good times continue to roll. Over the past several weeks, I've gotten a few lovely days of skiing in, plus my dear friend Lisa got married! Woot! Some pics from her wedding are here if you'd like to check them out.


The neighbor's deck ornament looked as though it was mocking all of us.... how fitting that some Christmas decorations are still out! 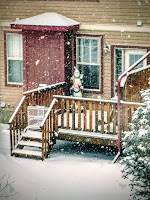 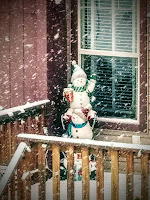 I'm thinking that there will be at least a couple of more opportunities to hit the slopes, and then perhaps it will be time to dig out the hiking gear! Keeping my fingers crossed.... 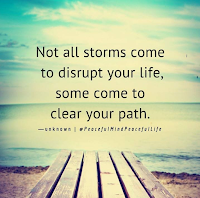