Some photos of the places we've been this past week.... including rock climbing in Nowra, visiting the lighthouse and the seacliffs at Point Perpendicular, checking out the dolphins (can you see the fin!!??) from one of the jetties at Jervis Bay, Short Point beach and the Mambo Wind Fest in Merimbula, and Slingshot's pro kitesurfer Ben Wilson in the waves. 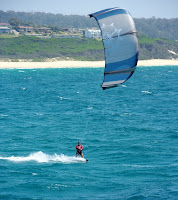 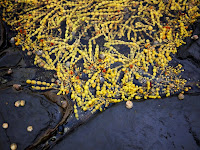 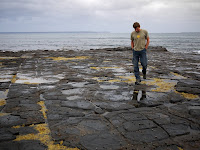 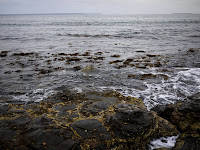 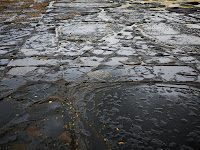 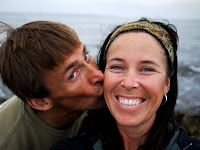 Well, after three days in Nowra - one which was smokin' hot, one which was a climbing day, and one which was rainy - we headed to Merimbula. We tried hard to find out climbing and kiting info for Nowra from the locals but had very little luck... so we did a few touristy things then got the heck outta Dodge.
Wednesday there wasn't much for breeziness at Merimbula, however the Mambo Wind Fest started yesterday and the winds cooperated nicely! Todd rode most of the day in the surf at Short Point, and I had an amazing day with my camera, photographing some young fellas who hucked trick after trick after trick! The highlight of the afternoon was watching Slingshot's pro rider Ben Wilson... he put on a fantastic show in the waves.
Some other great stuff we've seen this week: dolphins playing just off shore in Jervis Bay, the massive seacliffs, the lighthouse and torpedo tubes (military history) at Point Perpenidicular, and some beautiful whales breaching in the bay at Merimbula.
It rained torrentially last night, but it is clearing up quickly this morning and I can hear the wind already. We scored a totally cool villa overlooking a beach - the sound of the waves is soothing and it is super convenient to be so close to the kiting. I am way behind on my pics (I took about 400 yesterday alone!) because there has been so much to do and see... but I'll get to them eventually!
Cheers!
Posted by Cheryle at 2:20 PM 1 comment:
Labels: Australia 2009

They're smart here in Oz... 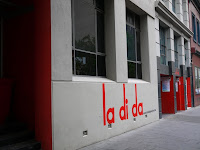 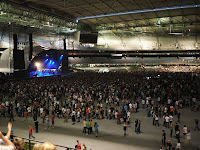 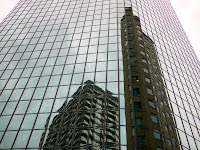 I must say, the Australians do some cool things. They hugely promote ‘not driving when tired’... signs encouraging breaks are everywhere along the highways... and as a result, we haven’t driven more than about 20km at a time without there being a really nice rest stop available... some of them are even a few hundred meters off the road and have toilets... can you say STEALTH CAMPING!!! Oh yeah, baby! As well, most picnic areas have these really awesome electric barbeques that can be used by anyone... it is super handy for cooking, especially when the temps have been in the high 30’s and it is just too hot to cook inside the camper van.
Speaking of too hot... we are now in Nowra (near Sydney)... it was 42 degrees Celsius here today with gale-force winds... apparently there is some amazing sport climbing around here, so we are going to hit up one of the local shops tomorrow for some info. Depending on wind and weather in general, we may hang around this area for awhile. The Mambo Kite Fest is happening next weekend in Merimbula and we are likely going to attend... it is rumoured to attract over 300 kiters and windsurfers, and both Todd and I are looking forward to it!
**SIGH** I’m totally realizing how big and beautiful this country truly is, and I wish I didn’t have to leave it. I could easily entertain myself for months!! I am soooo enjoying the great people and amazing places and fantastic weather... if I didn’t get on that plane in a couple of weeks, I wonder how long it would be before anyone noticed...?? heh heh heh....
Cheers.
Posted by Cheryle at 3:25 AM No comments:
Labels: Australia 2009

Thursday, Todd and I drove the Great Ocean Road – what a spectacular drive! There is a ton of history about the construction of the highway... which I can tell you about some other time... it is pretty cool! The road stays close to the unbelievably beautiful shoreline for the first half, then it cuts back inland through awesome, dense rainforest, and then it winds through some rolling farmland and back to the coast. Of course we stopped at the Twelve Apostles – they are fantastic, and pictures don’t do them justice! The lighting was kind of harsh and there is no possible way to get real close to them... the area is strictly monitored and people are supposed to stay on the designated paths to the lookout points... believe me, I tried... but it was great to have seen them none the less.
Yesterday, we rode the train in from Werribee to downtown Melbourne, where we met up with Brad. He and Todd found a pub and I wandered the streets for a few hours, before the Pearl Jam concert. I’m telling you, my friend Toni needs to come here!! There are more stores and coffee shops and groovy people than I ever could have imagined! All I could do was gawk like a typical tourist... heh heh... The only downside is that things are VERY expensive here, compared to North America. So aside from food and rum, we really haven’t bought much.
The Pearl Jam concert was darn good – Etihad Stadium is massive and we were quite amazed at how calm and collected the crowd of 60,000 was! Much different from the chaotic mobs at concerts we’ve been to back home.
Today we are heading east... not sure where we’ll end up, but our plan to check out Adelaide has kind of been squashed by the fact that they’ve had nothing but 40 degrees C temperatures and wildfires are becoming a problem.
So... here are a few pics from the Great Ocean Road... I have some Melbourne pics that I haven’t uploaded yet, but will try to get to them for my next post.
Until then, “Ta” as the Aussie’s say!
Posted by Cheryle at 5:43 PM 2 comments:
Labels: Australia 2009 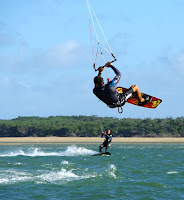 Well the last few days have been fairly windy, so Todd has been in his glory – he was even able to fly his 11 meter (a smaller kite) and got in about 7 solid hours of riding on Monday. Today, Brad and I drove out to Philip Island in hopes of seeing some penguins. Sadly, they really only come out of their burrows around dusk and it costs an arm and a leg to view the ‘penguin parade’... so the best we could do was to wander down onto the boardwalk at the Nobbies, in amongst about 10,000 sea birds. It was kind of like a creepy movie!
Tomorrow, we are packing up and heading back in the general Melbourne direction. Mike flies home on Friday morning and Friday night the rest of are going to Pearl Jam! Yeah! The forecast says the hot temps are returning and I’m looking forward to it, since today I actually needed to wear a light jacket. Tsk.
Cheers!
Posted by Cheryle at 4:27 PM No comments:
Labels: Australia 2009
Newer Posts Older Posts Home
Subscribe to: Posts (Atom)