March is flying by... whoa!! What a month! A good friend of mine got married near Cancun last week, so I spent a few days down there, soaking up the sun... and of course rum... and totally laughing my arse off!! Wow, it was a most entertaining and action-packed 120 hours, I must say! 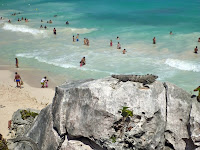 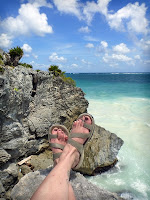 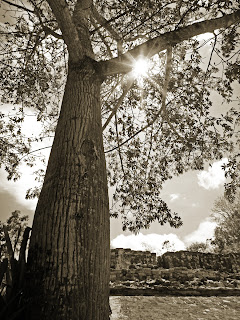 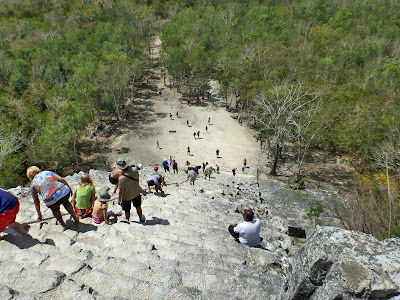 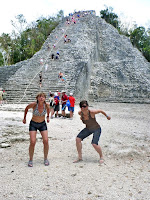 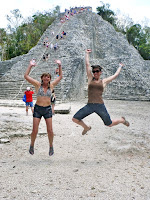 Then it was back to work for a couple of days, followed by a trip out to the mountains for some playtime in the 'other' white stuff....

We skiied Sunshine on Friday - which turned out to be the day that their all-time snowfall record was broken - and Kicking Horse on Saturday. Both days were stellar and it is going to be incredibly difficult to top such amazing conditions!

Today we loafed around Lake Louise and made our way back to Red Deer, where I have to reorganize and get packed up for my next departure on Friday. I'm heading back to the sand... Phoenix, then Houston! Yeah! How's my luck!!

Now, on a completely unrelated note, here is some colorful randomness from the streets of Barcelona.... 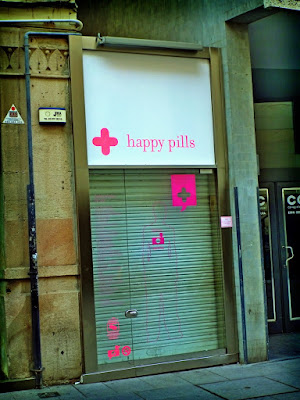 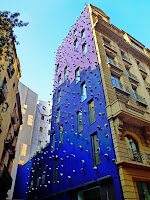 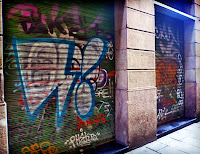 It's been a long, long time since I've gone skiing to a ski resort on a weekend... and yesterday was a great reminder why! Oh boy.


Now don't get me wrong.... there were areas on the back side of the mountain which were much less crowded, and the snow was most fabulous - it dumped ALL DAY!  I didn't venture back to the base until late in the afternoon, and as a result, I had one of the best ski days at a hill in forever!

I went with a group of peeps from work (the reason for choosing a Saturday), and all in all, I must say it was an awesome day! Can't wait to get out again! But on a weekday next time....

And that'll be the end of that!

Ahhhh, yes, all good things must come to an end.... c'est la vie... But I must say, my vacation ended with a bang! Barcelona is a fantastic city - it is huge and full of life, culture, and stunning architecture. I don't think I've been anywhere quite like it! We left the ultra-awesome Parador Cardona early yesterday and got into Barcelona before 11am.


Our whirlwind tour began at Columbus Plaza, and during the ensuing eight hours we saw the famous, quirky La Sagrada Familia, checked out the Gothic district, wandered the crazy La Rambla, and ventured down many quaint, full-on Spanish sidestreets in between. 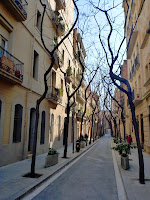 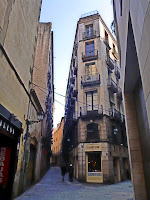 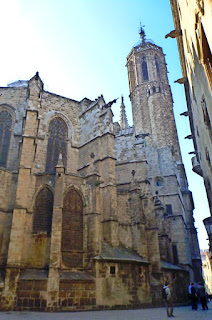 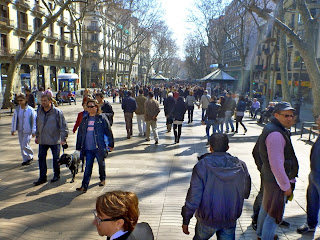 To end the day, we circled around the marina (Port Vell) and I drooled at all the sailboats! 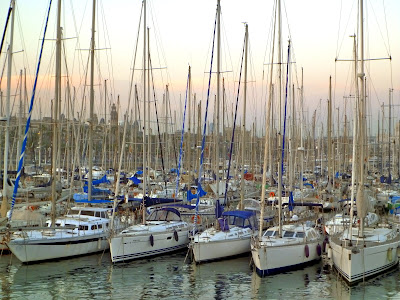 I think we walked about 12km around the centro de la cuidad of Barcelona.... and it wasn't anywhere near enough for me! I need to go back! Not only to Barcelona, but to Spain in general. It is such a beautiful place, and this trip just barely scratched the surface for me as to all that the country has to offer. We covered almost 4300km in a VW Polo, and I'd say at least another 100km or so on foot..... soooo fun!

Well, I'm home now.... **SIGH**.... The flights were uneventful and the weather isn't even all that bad here. I am however, in about my 22nd hour of awaked-ness, so tonight is going to be an early night. Like as in the ''I'm going to bed right now" kind of early. But I'm betting you can guess what I will be dreaming about!